Since 2012, Mr. Stoffregen has served on the Urban Land Institute (ULI), a nationally recognized organization in the fields of development, land use and urban planning, where he is a member of the Affordable/Workforce Housing Council. Mr. Stoffregen also served as a director of the Martin Luther King Community Development Corporation (1991 to 2000), and as a member of the board of directors for Coburn Place Safehaven, Inc., a not-for-profit operating transitional housing for victims of domestic violence (1996 to 2012), serving stints as Board Chairman for both groups.

This year's omnibus spending bill left out provisions to strengthen #LIHTC, but we'll keep advocating in the new year to expand the #HousingCredit to build more safe, decent & #affordablehousing....

Read more in @AHFMag on the path forward for our advocacy: 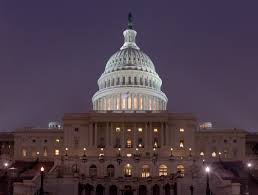 Advocates disappointed that housing tax credit proposals were not included.