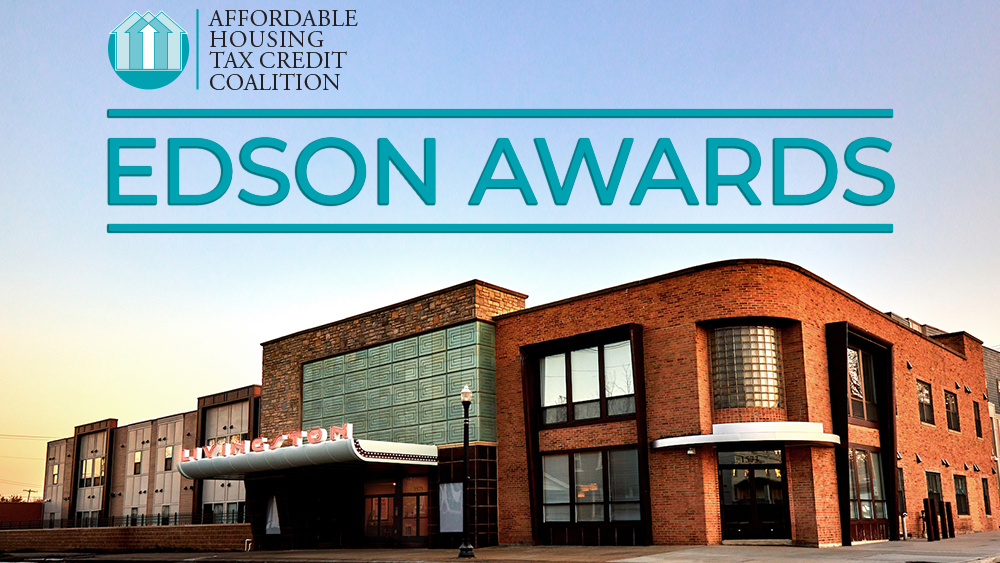 On June 4, 2019, the Affordable Housing Tax Credit Coalition announced the winners of the 25th Annual Charles L. Edson Tax Credit Excellence Awards (Edson Awards) at an awards ceremony in Washington, D.C., where 20 members of Congress attended to present and receive awards. The 14 winning properties demonstrate excellence in affordable housing development and rehabilitation are were made possible through financing from the Low-Income Housing Tax Credit (Housing Credit). Together the properties provide more than 1,600 homes that are affordable for low-income families, veterans, formerly homeless individuals, and those with special needs in rural and metropolitan areas, and in every region of the United States.

Honored this year with the AHTCC’s Affordable Housing Champion Awards were Sen. Rob Portman (R-OH) and Rep. Richard Neal (D-MA-1) for their leadership in championing affordable housing, and the instrumental role they played in expanding and strengthening the Housing Credit. Joe Hagan, former President and CEO of the National Equity Fund, received the David Reznick Lifetime Achievement Award, recognizing his outstanding service and contributions to the affordable housing community. Read the AHTCC’s press release about the Edson Awards and see the winners here.

Also on June 4, affordable housing champions Sen. Maria Cantwell (D-WA) and Rep. Suzan DelBene (D-WA-1) reintroduced the Affordable Housing Credit Improvement Act (AHCIA) (S. 1703/H.R. 3077), along with six other bipartisan original cosponsors: Sens. Todd Young (R-IN), Ron Wyden (D-OR), and Johnny Isakson (R-GA), and Reps. Kenny Marchant (R-TX-24), Don Beyer (D-VA-8), and Jackie Walorski (R-IN-2). This legislation to expand and strengthen the Housing Credit was supported by more than 40 percent of the 115th Congress and now includes additional provisions to further strengthen the Housing Credit. We are grateful for the leadership of our affordable housing champions and the seven other bipartisan co-sponsors who have already cosponsored this legislation this week.

“We are thrilled to see bipartisan support for legislation that will increase the development of affordable housing nationwide,” said AHTCC Executive Director Emily Cadik in an article in Affordable Housing Finance. According to President of AHTCC Board of Directors Michael Gaber, “Changes proposed in the Affordable Housing Credit Improvement Act will make the financing and development of affordable housing more efficient and cost-effective at a time when our nation’s affordable housing challenges have reached crisis levels.” Read more and see the AHTCC’s full statement on the bill’s introduction.

The A Call To Invest In Our Communities (ACTION) Campaign is currently circulating a sign-on letter to build support for this legislation through June 11, and we encourage AHTCC members to sign on and share the letter with your networks. Stay tuned for additional advocacy resources and more information about ways to support AHCIA.

At the AHTCC 2019 Spring Meeting and Edson Awards ceremony on the day of AHCIA reintroduction, Sens. Cantwell and Young and Rep. Suzan DelBene spoke about the AHCIA and its key provisions, including the minimum 4% Housing Credit rate.