The Colburn Hotel was previously a Single Room Occupancy (SRO) Housing Community located in the heart of Denver that was occupied by individuals at risk of homelessness. With a Land Use Regulatory Agreement (LURA) expired and at risk of converting to market rate housing, Gorman & Company acquired the property with a bridge loan to ensure its continued affordability. A Housing Credit award enabled Gorman & Company to rehabilitate the property, modernize the homes, and return the existing tenants. The re-syndication consisted of a conversion of the SRO vouchers to Project Based Vouchers under the US Department of Housing and Urban Development’s Mod Rehab Rental Assistance Demonstration (RAD), as well as the infusion of 4% Federal and State of Colorado Housing Credits and Federal and State Historic Tax Credits, City of Denver funds and State of Colorado HOME funds. The final rehabilitation provides 91 homes affordable to households making 60% of area median income or less and one manager’s unit.

Designed by noted local architect William N. Bowman in the Georgian Revival style and completed in 1925, the Colburn Hotel is locally significant as an excellent example of the residential hotel building type as constructed in Denver, Colorado during the early twentieth century. Popular options for urban housing for middle income Americans from the 1920s to the post-World War II era, residential hotels provided additional benefits over apartment buildings with the provision of social areas, including lounge and dining rooms rather than commercial spaces. Individual rooms were modest in size and design, whereas the public spaces were more ornately decorated. Residential hotels gave middle income city dwellers an affordable alternative to the palace hotels of the rich and remained popular until the post-World War II housing boom. As residential hotels fell out of favor, many became dilapidated and were prime candidates for demolition under urban renewal.

Today, very few examples of this housing type remain, and the Colburn Hotel is a particularly good example in Denver. It embodies several distinct characteristic of an early twentieth century residential hotel, including high-end ground floor public areas in the lounge and dining room, as well as austere and efficient upper floor units. Stylistically, with its emphasis on Georgian Revival architecture, it is evocative of its era of construction.

The Colburn is in Denver’s Capitol Hill neighborhood, a service-rich location. Social services, grocery, pharmacy, retail stores, and a major hospital are within a half‐mile radius. The site is within one mile of several major city parks and cultural landmarks including the Denver Art Museum and Denver Central Library. At the property, an onsite resident services coordinator works closely with the Denver Housing Authority and homeless referral agencies to create a network for resident referrals for case management services, and also provides on-site programming. 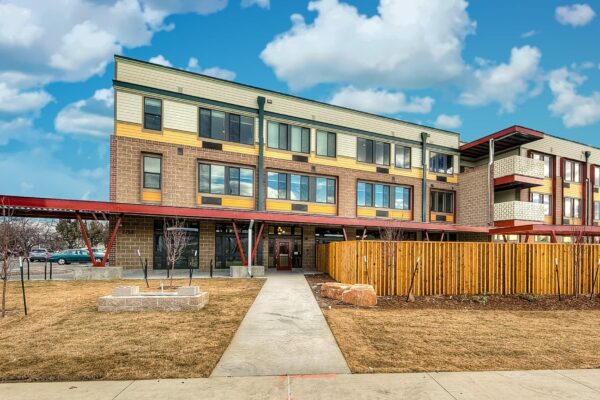 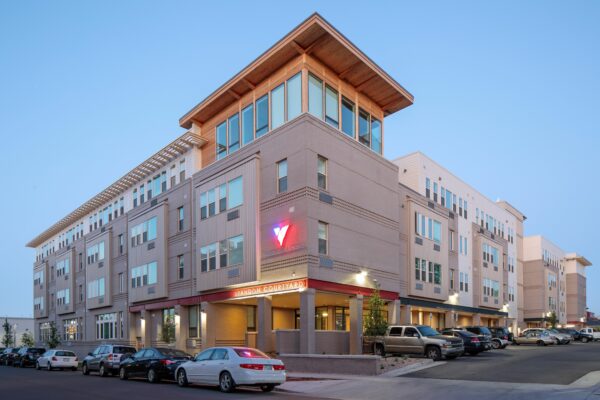