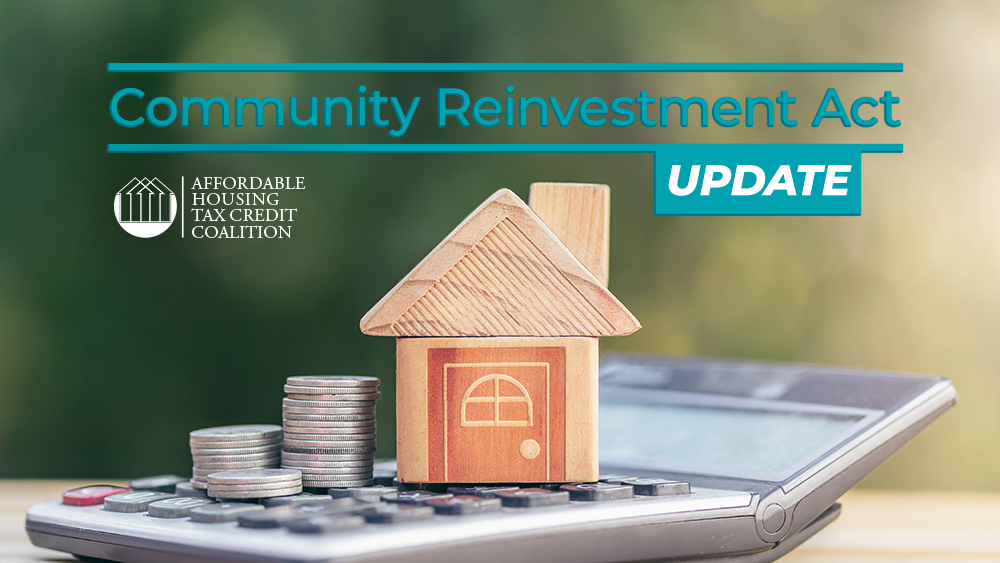 The Office of the Comptroller of the Currency (OCC) has released its final rule on Community Reinvestment Act (CRA) reform, just six weeks after more than 7,000 comments were submitted to the OCC and Federal Deposit Insurance Corporation (FDIC) on their proposed rule. See the OCC’s press release here. The AHTCC’s comments urged that any changes to CRA – which drives an estimated 73 percent of Housing Credit investment – preserve the incentive it provides to invest in the Housing Credit and maintain our current ability to produce homes that are affordable to low-income households.

Compliance with the final rule will be required in 2023 for larger banks and 2024 for smaller banks. However there are still key details, like the evaluation thresholds, which will require further rulemaking before the rule can be implemented. It is also possible that changes in the Administration or Congress could prompt further revisions, or even postponing or repealing the law before it is implemented. Comptroller of the Currency Joseph Otting is expected to step down soon now that the rule has been finalized, so the forthcoming Notice of Proposed Rulemaking on thresholds and any other changes will be made under new leadership.

While the OCC only oversees roughly 20 percent of banks, those banks represent 70 percent of financial institution assets and the vast majority of institutions that invest in the Housing Credit (see analysis from Novogradac and Co.). However, it is notable that the FDIC did not join the OCC in issuing a final rule. Though the OCC and FDIC issued the proposed rule earlier this year jointly, FDIC Chairman Jelena McWilliams said in a statement today that the agency “is not prepared to finalize the CRA proposal at this time.” The Federal Reserve, the third of the CRA regulators, has not issued a proposed rule, but has indicated a separate vision for CRA modernization.

Overview of the Final Rule

Below we have provided an initial summary of key provisions impacting the Housing Credit in the final rule. The AHTCC will continue to analyze the OCC’s final rule and provide more information as we further assess its potential impact on affordable housing.

Several of our chief concerns regarding the proposed rule are still intact in the final rule:

Ultimately, we remain concerned that Housing Credit investments may be seen as a less appealing way to meet CRA obligations relative to other potentially easier or less impactful options, which could affect Housing Credit demand and ultimately affordable housing production.

The OCC does acknowledge several issues that the AHTCC and others in the Housing Credit community had raised in our response to the proposed rule, and made some positive changes in the final rule. However, we still do not know whether these changes will be sufficient to robustly incentivize affordable housing given the other changes to CRA regulations:

Especially now as affordable housing is needed more than ever due to the impact of the COVID-19 crisis, and with so many new challenges to developing and financing affordable housing, we will continue to work with the Administration and Congress to advocate for robust investment in the Housing Credit, our nation’s primary tool to finance affordable homes.