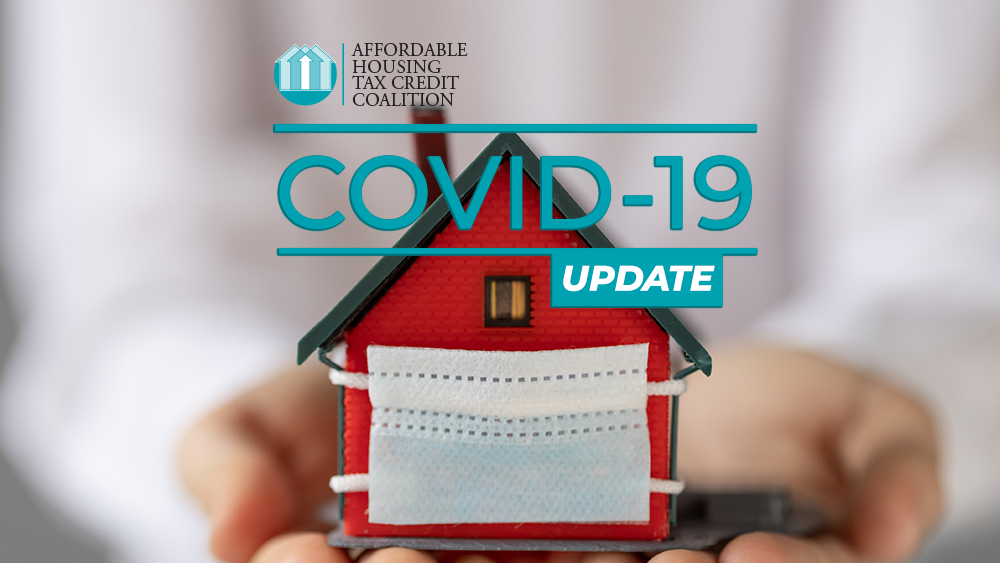 More than sixty Representatives have signed on to a letter in over just one week urging House leadership to include Housing Credit priorities in the next COVID-19 response package. In order to build on this momentum, the deadline for Representatives to join the letter has been extended to COB Thursday, July 30.

We encourage you to engage with your Representative and those who represent the areas in which you work, and to ask them to sign on to the letter. Please contact us if you need any assistance.

Thank you to all AHTCC members and stakeholders who have helped secure support from the Representatives who have signed on.

Senate Majority Leader Mitch McConnell (R-KY) has released the Senate Republicans’ COVID-19 response proposal, which would provide additional direct payments, extended but reduced unemployment insurance benefits, changes to and additional funding for the Paycheck Protection Program, additional flexibility for already allocated state and local funding, business and school liability protections, and school funding. While Housing Credit provisions were not included, the proposal is considered a narrow starting point for further negotiations between the Senate and House that will take place over the coming weeks. We are continuing to strongly urge the inclusion of Housing Credit provisions in the final proposal, and will need the support of Senators on both sides of the aisle.

The Senate proposal also includes $2.2 billion for Tenant-Based Rental Assistance, $1 billion for Public Housing Operating Fund, and $113.4 million for rural rental assistance (see section-by-section and bill text). However, it provides far less assistance than the over $200 billion in housing-related appropriations included in the HEROES Act, the House Democrats’ COVID-19 response proposal that passed the House in May.

In our Senate advocacy, we are emphasizing the unique and immediate need to set a minimum 4 percent Housing Credit rate, given the smaller scope of the Senate’s current proposal and the credit rate’s tie to federal borrowing rates that were slashed as part of the economic response to the COVID-19 crisis. Hovering around 3.07 percent, the credit rate has reached a historic and debilitating low, rendering many developments infeasible.

Thank you to those who have reached out to your Senators already. We encourage you to contact the Senators who represent you and the areas in which you work to ask them to urge Senate leadership to include a minimum 4 percent Housing Credit rate in future iterations of COVID-19 response legislation. Even if you have already reached out to your Senators, now is the time to follow up as negotiations are beginning in earnest. Please contact us if you need any assistance.