Silver Gardens is a 66-unit, mixed-income community in downtown Albuquerque, NM, which serves as an example of how a public-private partnership can rejuvenate a blighted downtown area while providing quality, energy-efficient affordable housing for low- and moderate-income Americans.

The transit-oriented development was built on a parcel of land that once served as Albuquerque’s Greyhound bus depot and repair shop.  Years earlier, four underground storage tanks were removed from the site. It was discovered that these units had leaked hydrocarbons into the soil requiring the installation of ten monitoring wells.  An archeological investigation revealed numerous other physical challenges to developing on the site.

The Supportive Housing Coalition of New Mexico, a co-developer, creates and maintains permanent and supportive housing for individuals transitioning out of homelessness.  With a “housing first” model, Silver Gardens is able to meet the needs of the formerly homeless and those with special needs by providing them with accessible supportive services.  An on-site social services coordinator conducts a variety of workshops and training that include job fairs, health workshops, financial literacy classes, and life skills training.

Silver Gardens is the first housing development in the southwest to achieve LEED Platinum certification and is also Enterprise Green Communities-certified.  It was also the recipient of an outstanding design award from the New Mexico Mortgage Finance Authority.  A highly reflective TPO gull-wing roof helps reduce the local “heat island effect” and collects rainwater into a 5,000 gallon underground cistern, which is used to irrigate the native landscaping.  A community garden adds to the courtyard’s open feel and encourages resident interaction.

Developer Romero Rose decided the Silver Gardens would be completely powered by electricity to reduce its carbon footprint.  To further enhance the property’s green profile, the building’s common areas are powered by a combination of an on-site PV system and a roof-mounted wind turbine.  Silver Garden’s commitment to energy efficiency ensures that families living there will be able to save on utility bills.

Silver Gardens enjoys great community support.  During the design process, developers engaged the community – one of Albuquerque’s poorest – in a series of workshops and meetings designed to explain the development.  There was buy-in from virtually all the stakeholders including the participating neighborhood associations.

Funding for the $12.5 million Silver Gardens was financed by ten city, state, and federal resources including Housing Credits syndicated by Enterprise Community Partners. 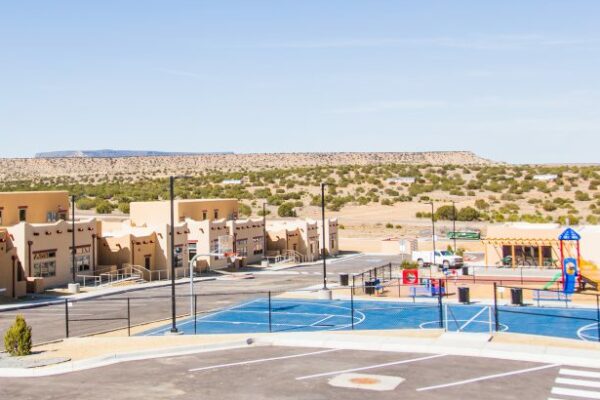 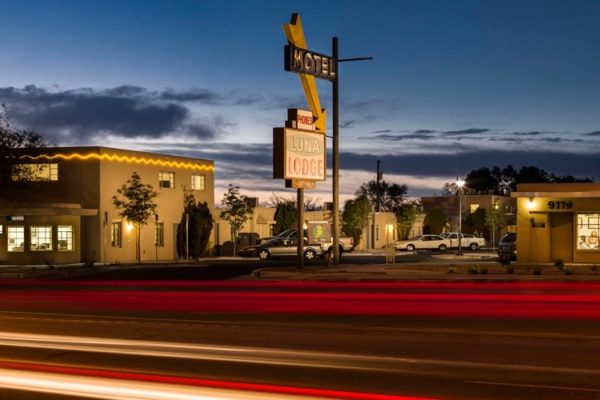