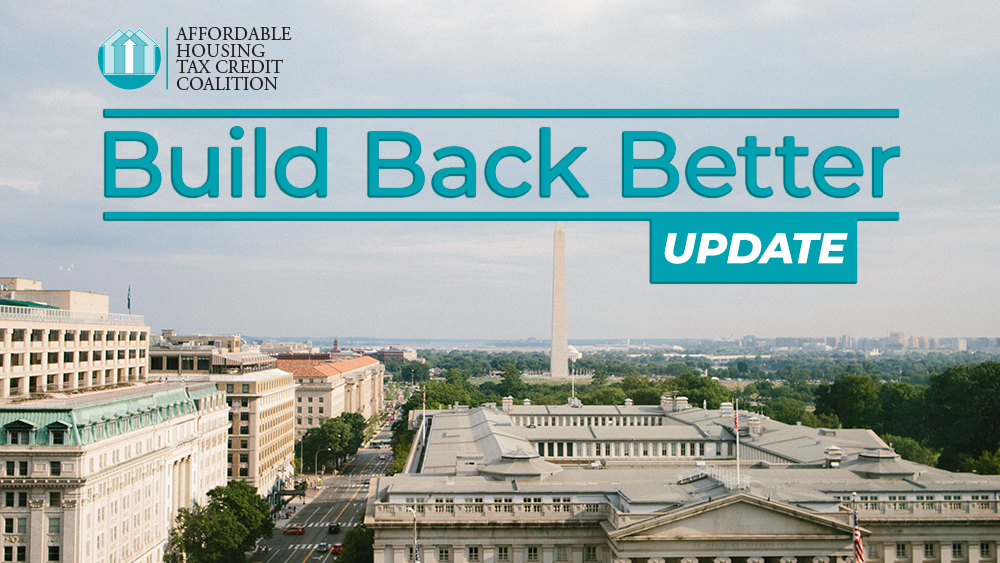 This morning the House of Representatives passed the Build Back Better reconciliation bill (see bill text and section-by-section), which could finance nearly 812,000 additional affordable homes than otherwise possible over the next decade by investing nearly $12 billion in the Housing Credit. This investment in the Housing Credit could also spur over 1.2 million jobs, $137 billion in wages and business income, and $47 billion in tax revenue, according to Novogradac and Co., helping to boost local economies while making significant strides toward addressing our nation’s affordable housing crisis.

The bill now moves to the Senate, where it will be considered after the Thanksgiving holiday. As negotiations continue, the final reconciliation bill is expected to include several changes to ensure its final passage. The AHTCC is continuing to engage Congress and the White House to urge that critically needed provisions to increase Housing Credit production are included in the final bill.

As the AHTCC previously reported, the following Housing Credit production proposals are included in the House Build Back Better reconciliation bill:

See below for additional details about the Housing Credit provisions.

We encourage affordable housing stakeholders to thank any Democratic House members with whom you have been engaging regarding the Housing Credit and Build Back Better. We also encourage stakeholders to continue to urge Democratic Senators to ensure key Housing Credit production provisions are included in the final reconciliation bill. AHTCC members will receive more information about opportunities to advocate for these proposals in the coming weeks. Learn more about AHTCC membership here.