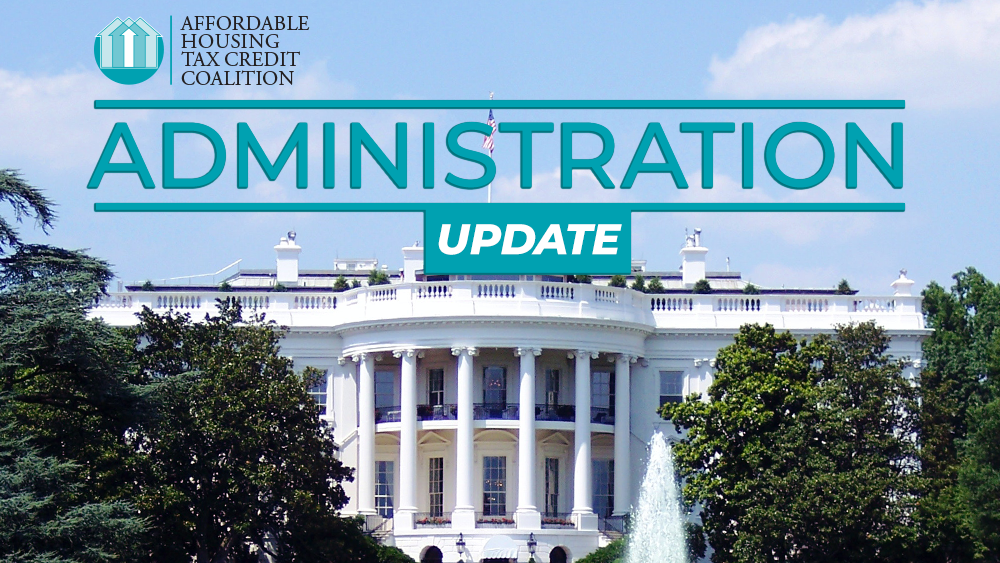 The budget proposes that the majority of the investment in the Housing Credit be provided through a discretionary basis boost for bond-financed properties. This basis boost would mirror the boost already available for 9 percent Housing Credits, but would only apply in the case of bond-financed new construction or substantial rehabilitation that adds new net units. Details of the Housing Credit proposal can be found in the Treasury Department’s Green Book on pages 20-21.

The budget proposal notes that, because discussions with Congress and the White House over the next iteration of Build Back Better continue, the budget proposal includes a “deficit neutral reserve fund” to account for any future legislation. This reserve fund preserves “the revenue from proposed tax and prescription drug reforms for the investments needed to bring down costs for American families and expand our productive capacity.” This means that the Housing Credit provisions that were included in Build Back Better are not reflected in detail in this budget proposal, but rather are being considered separately along with other Build Back Better proposals for potential inclusion in subsequent reconciliation legislation this year.

To further increase affordable housing supply beyond the new $10 billion investment in the Housing Credit, the Administration proposes an additional $40 billion in mandatory funding for housing programs over 10 years. This includes a new $35 billion Housing Supply Fund under the Department of Housing and Urban Development (HUD), which would provide $25 billion for affordable housing production grants and $10 billion to remove barriers to affordable housing development. An additional $5 billion for the Treasury’s Community Development Financial Institutions (CDFI) Fund would finance new construction and substantial rehabilitation that creates net new units of affordable rental and for sale housing. As mandatory spending, if enacted, these funds would be allocated over the next 10 years and would not need to be approved by Congress each year.

Key Differences Between the Fiscal Year 2023 and 2022 Budgets

The FY 2022 budget also proposed a much higher $55 billion investment in the Housing Credit with a focus on investments in high opportunity areas, which was important to signal the Administration’s support for the Housing Credit. This support translated to $12 billion for the AHTCC’s Housing Credit priorities being included in the Build Back Better bill that passed out of the House and was proposed in the Senate, including a Housing Credit allocation increase and reduction of the 50 percent bond-financing threshold. Congress will play a significant role in determining the details of any forthcoming reconciliation bill, and we will continue to advocate for the inclusion of our priorities.

The FY 2023 budget proposal totals $5.8 trillion, which is a 5.7 percent increase from FY 2022 enacted levels. In addition to the affordable housing component, the proposal has a focus on economic resurgence, including job growth, strengthening supply chains, and promoting competition; pandemic response, the description of which notes the importance of emergency rental assistance and eviction prevention; rebuilding infrastructure; tackling climate change; and advancing equity.

The proposal also emphasizes that the deficit is on track to drop by more than $1 trillion this year, and that the FY 2023 budget proposals would further reduce the deficit to less than half of last year’s levels as a share of the economy. The revenue raising proposals include a 28 percent corporate tax rate (up from 21 percent), a 39.6 percent income tax rate (up from 37 percent) for the highest income individuals, and a 20 percent minimum tax on unrealized capital gains for taxpayers with wealth over $100 million.

The proposal would also make permanent the New Markets Tax Credit. Though the proposal does not include several other community development proposals included in the FY 2022 budget or Build Back Better bill, such as the Neighborhood Homes Investment Act, these proposals are being considered separately and could still be included in a future reconciliation bill.

The budget requests $50 billion over 10 years to increase affordable housing supply, including the proposals below.

The budget requests $71.9 billion in discretionary funding for HUD, which is a $12.3 billion or 21 percent increase from the 2021 enacted level. Key rental housing programs are below. See additional details from HUD here.